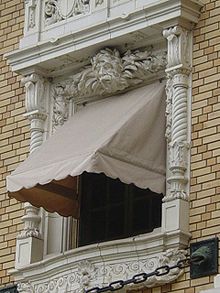 Eclecticism in Architecture
Below are links of an eclectic variety.

Woolly Mammoth to Be Cloned – Discovery News
Within five years, a woolly mammoth will likely be cloned, according to scientists who have just recovered well-preserved bone marrow in a mammoth thigh bone. Japan’s Kyodo News first reported the find.

A Government Censors a Blog – techdirt
Be thankful for your liberties and freedoms, as some governments secretly censor information (in this case, a blog) without apparent due process.

Expose an Alleged Financial Crook and be Fined Millions – Seattle Weekly
Apparently bloggers need to be careful writing about crooks and ponzi schemes.  The unintended consequences of the Court’s actions will likely be more anonymous, offshore blogging.

Aunt Midge Not Dying in Hospice Reveals $14B Market – Bloomberg
When private equity firms salivate about for-profit hospice investments, what is the probability that Medicare (i.e., taxpayers) is being pillaged and plundered?

Stephen Hawking on Time Travel – Letters of Note
This one is short and comical.