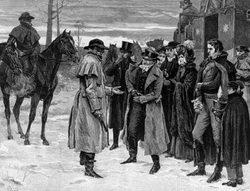 Part of this topic relates to Greek lawmakers wanting to retroactively change the existing Greek-law bond agreements by including a collective action clause (CAC) that would enable a supermajority of bondholders to force a debt restructuring on all holders.  S&P wrote that it would consider this amendment an action of default, hence triggering a default and a CDS payout.

PragCap includes some useful charts from SoberLook.com and outlines four points regarding why a CDS trigger would not be a concern.  The first and last points relate to CDS being marked to market.

This argument may be valid if most or all of the CDS written were done so prior to mid-2010 when laws were imposed for writers of derivatives contracts to post collateral.  However, these laws were not imposed retroactively.  We can thank Warren Buffett, as he lobbied Congress in 2009 and 2010 against making this law retroactive, which is fair (unlike the CAC insertion mentioned above).  Note, however, at the time Berkshire Hathaway had $63B+ of derivatives contracts of which it was at risk of being asked to provide collateral of between 10% and 20% of the total amount, or roughly $7B to $14B of collateral.  Nevertheless, since the law is not retroactive, Berkshire doesn’t have to post collateral for these contracts, which are mostly index derivatives, incidentally.