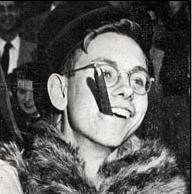 Say it ain’t so, but has the much-admired Berkshire Hathaway engaged in financial shenanigans? If so, many will be crestfallen.

Apparently, instead of adhering to accepted SEC guidelines concerning marking down long term assets to their objective market values, Buffett’s Berkshire Hathaway decided to mark its assets to wishes, not unlike some other notorious institutions including Enron and zombie banks (not all banks, of course).

Berkshire Takes Accounting Rules Into Its Own Hands, Tells SEC To Stuff It

“A new just released stunner discloses the unprecedented level of hypocrisy attained by Warren Buffett, for whom apparently accounting rules are swell, except when he actually needs to follow them.”

And, here is an article by Michael Lewis titled “The Temptation of St. Warren” that was published in the New Republic magazine (circa February 1992).

As one commenter stated, quite harshly and disrespectfully in our opinion, “Buffett was a crook as a youth; is he now being revealed as a crook at the end of his career, too?”  Nevertheless, regardless of one’s perspective, that kind of rhetoric is crossing the line of civilized discourse.