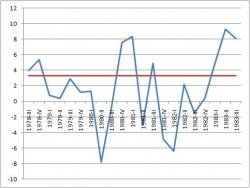 ‘W’ Recession of Early 1980’s
In the past few days, several people and organizations have questioned whether the economy is falling back into a recession (double-dip or “W”recovery). The last double-dip recession in the U.S was the early 1980’s.

Our opinion is the economy never really recovered from the notable downturn beginning in late 2007, and for that matter never recovered from the 2001 recession (technology bubble burst).  It’s our lost decade – in terms of economic growth, jobs and the stock market.

Nevertheless, there are some lighthearted articles about the topic.  Here’s a snapshot from Zero Hedge:

You know we’re headed for a double-dip when: 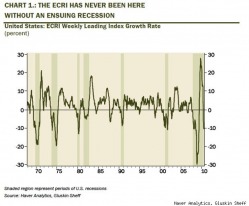 Update 2 Sep. 2010: Given several people have asked about further feedback concerning the ECRI, its managing director, Lakshman Achuthan, provides an overview in this interview on Yahoo! Finance.