Do you see what happens, Larry…?

A spokesman for PG&E said in an email Tuesday the company’s board is “actively assessing” operations, finances, management, structure and governance while maintaining a commitment to improving safety.”

Extract from the ZeroHedge article.

If you have been following PG&E, then you are aware of the volatility of its securities, especially the 6.05% 2034 bond (see chart below). Some are also aware that PG&E instated an electricity shutdown last week across Northern California that affected approximately 800,000 people.

Meeting with a Utility CEO

Coventry League had a meeting last year with a CEO of a midsize energy co-operative. In preparation, one of our principals read some materials to get a better feel for the sector: about Nikola Tesla and his technology inventions and the condition of our electrical grid – the latter in a book titled, “The Grid: The Fraying Wires Between Americans and Our Energy Future” by cultural anthropologist Gretchen Bakke. (see endnote)

The meeting with the CEO was interesting because he alluded to several points that are presented in the book:

For comparison purposes, outages in the U.S. are up over time and a magnitude greater than that in many developed nations. For example, in 2012 Germany experienced 16 minutes of outages per consumer whereas the U.S. experienced about 244 minutes (circa 2008; it was about the same in 2016, too, per data by the U.S. Energy Information Administration). 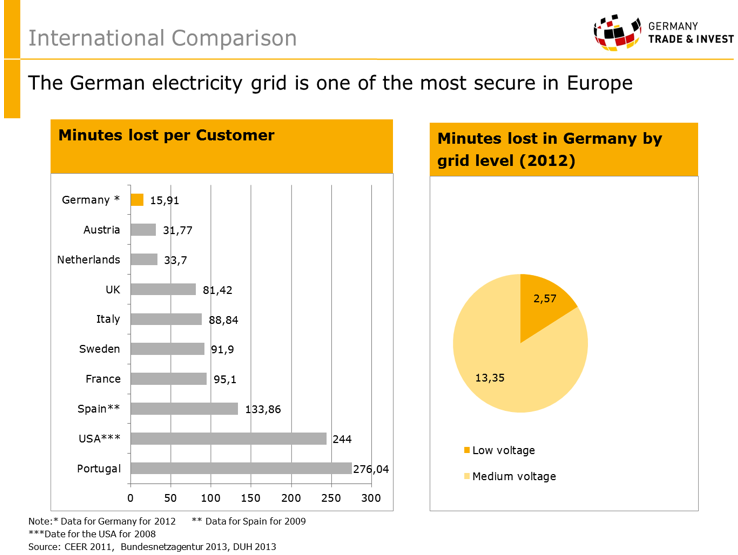 CleanTechnica.com: Germany’s Grid Is One Of World’s Most Reliable. 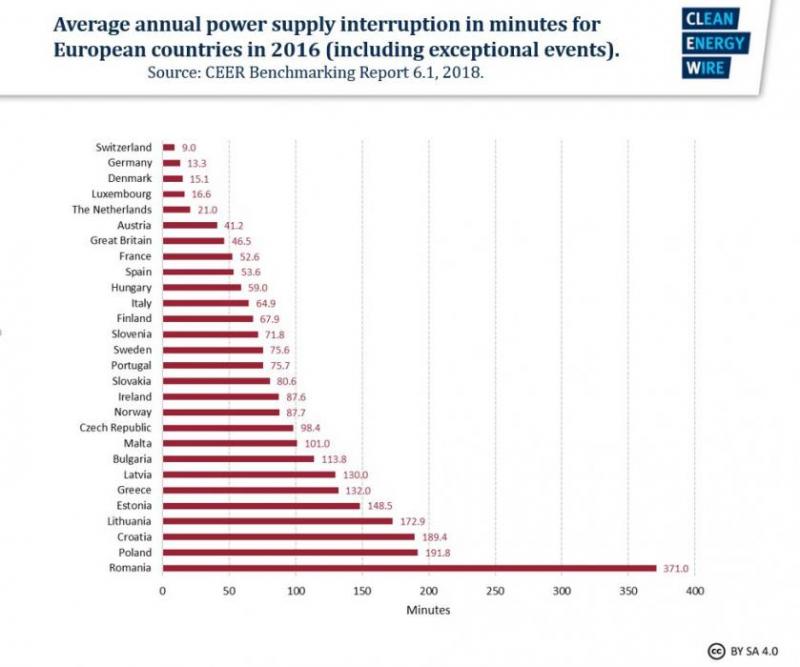 CleanEnergyWire.org: Power Supply Interruptions (minutes; 2016).
Below are a couple of charts showing relatively recent trends In the U.S. You can find a more detailed explanation in the blog titled, “Turning the Tide on Outages” on Green Tech Media’s website (c. Sep. 2010) by Dr. Massoud Amin, professor of Electrical and Computer Engineering at the University of Minnesota. He shared his working paper here and you may download it directly as a PDF file or read it below in Scribd. 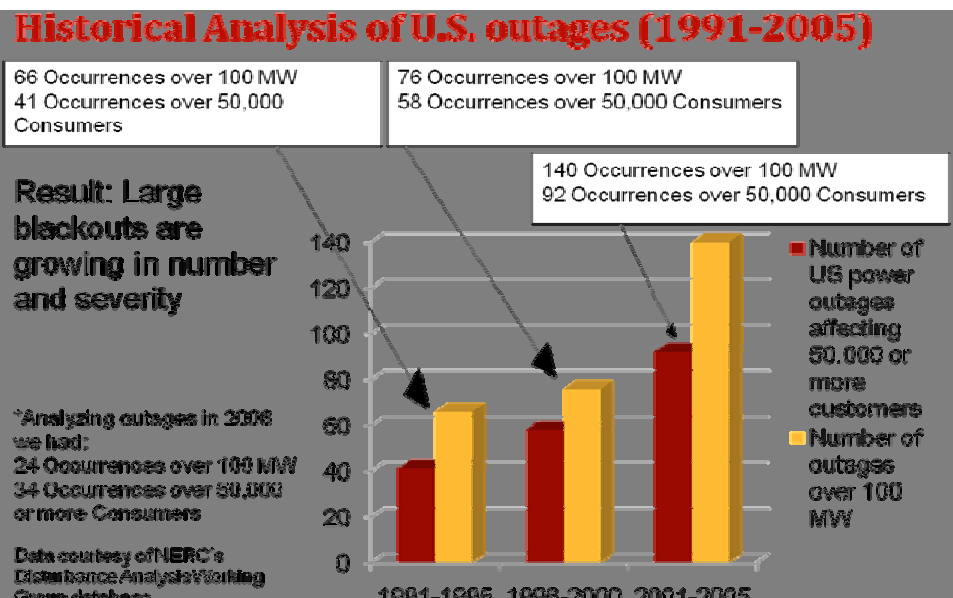 Nevertheless, take note on what is, has been, and will likely continue happening in this sector—particularly concerning finance (bankruptcies, equity and debt devaluations, restructurings), service reliability (even more power outages), and increased vulnerabilities to the crumbling system.

It’s worth noting, however (venture capital and entrepreneurial alert): the “holy grail” of electricity is storage. 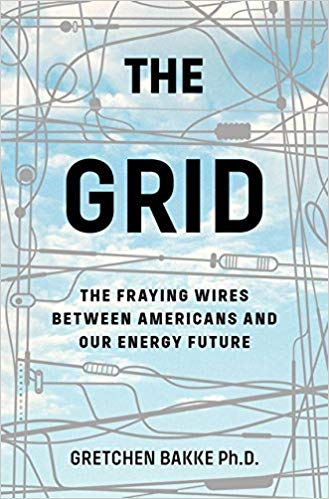 Here’s a quality, lengthy review by commenter/poster Nikhil Goel on GoodReads that summarizes and even expands on the main points in the book:

Great read, overall (4/5 because of redundancy and language that attempts to be poetic while sacrificing intelligibility).

The grid is the largest machine humans have created, beginning as natural monopolies and monopsonies in the late 1800s. Various utilities carved up the US and have only recently begun facing free market competition due to deregulation legislation (Energy Policy Act of 1992). Before deregulation, utilities were vertically integrated and had complete control over the production, transmission, and final delivery of electricity. Since governments paid utilities for the electricity they provided, utilities were not incentivized to innovate or maintain the grid, and could sit back and mint money from the government without the threat of competition; the more electricity they pumped, the more money they made. Resulting negligence led to increasingly frequent blackouts as the grid decayed without infrastructural updates (a lot of the grid still uses tech from the 1950s).

Deregulation by law just barely passed, and occurring alongside the rise of the Internet, created an arbitrage opportunity for electricity (moving electrons became a tradeable commodity). This resulted in market manipulation and the likes of Enron taking advantage of legislative loopholes, which when compounded with continued negligence and legacy infrastructure on the part of utilities, led to some especially nasty blackouts in the early 2000s as well as a “oh shit, what the fuck do we do” during energy crises of the same time period.

Consequently, both companies and environmentalists have begun moving to nano and micro grids (local, flexible grids that typically provide on the order of 50 MW or less, although this is probably a loose definition) which provide resilience against grid failures (many of Germany’s big companies created their own power plants which fuel their operations and only use the national grid as a backup). However, micro grids on their own, especially when running on non-nuclear renewables, can’t cope with cloud coverage or non-windy days without robust storage solutions.

Storage is the holy grail of the future, as we move toward more flexible microgrids that take power and control away from the monolithic, inflexible utilities. To account for peak demand when people come home from work – and when the sun may not be particular sunny – we need some way to store excess energy accumulated during off-peak times and release this energy during peak loads. Some potential storage solutions include low-cost batteries (Powerwall, etc.), electric vehicles which act as batteries when plugged in, pumped hydro (pump hydro up a hill when there’s excess energy, and let it run downhill when there’s demand for energy), and other neat solutions. Bakke warns against myopically focusing on battery storage.

In summation, Bakke advocates for an interoperable mesh of microgrids with nuclear power plants providing electricity for constant loads (like refrigerators which account for 14% of household energy usage), a variety of fuel sources to improve grid resilience, electric vehicles, smarter homes that minimize expenses and optimize consumption, and a future in which the many stakeholders – government, utilities, transmission providers, financiers, environmentalists, innovators – listen to one another. This is important because the grid is such a complicated tangle of interests. Any bull-headed approach that focuses on one interest group will either not work or further complicate this broken system.
​
Last note: California’s passed legislation of 50% renewable generation by 2030 is boneheaded because it only counts centrally generated energy. In other words, rooftop solar, which has been growing exponentially in the past decade, doesn’t count to the total. So, California is shifting incentives to central power plants instead of rooftop solar, meaning that the utilities lobby have won again, and progress will slow. Instead of taking into account a changing energy landscape in which local microgrids are more resilient and cost-effective for the end consumer, California – the leading state of solar and the clean energy movement – is still in bed with slow, incompetent, and negligent utilities. 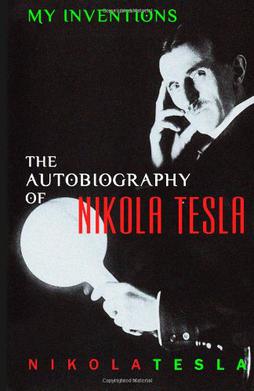 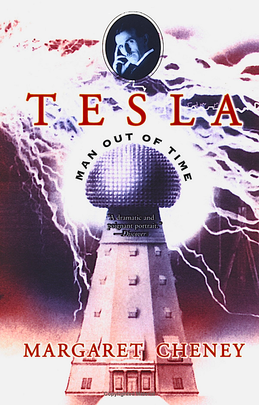