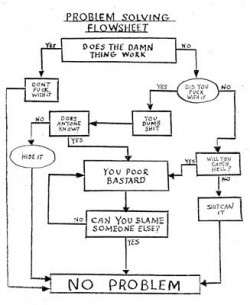 sneigwh.blogspot.com
Say it ain’t so.  How many more obscure, undercapitalized financial institutions are lurking in the midst?  According to a New York Times investigative article, and summarized here, Customer Asset Protection Company (Capco), based in Burlington, Vermont, may be at risk.

Capco provides catastrophic insurance to wealthy clients in the event their brokerage firm collapses.  Basically, it provides coverage above the $500,000 offered by the Securities Investor Protection Corporation (SIPC).

The concern with Capco sounds eerily similar to the abuses regarding credit default swaps in which some firms, including AIG, sold protection without having adequate reserve capital.  In Capco’s case, the article indicates that it might have only $150 million of capital to support an estimated $11 billion of potential claims.

It is prudent for investors and customers to hedge their hedges.  One example is to retain a public company as a hedge provider and then create a hedge on that hedge-providing company via puts/calls, short position, or both.