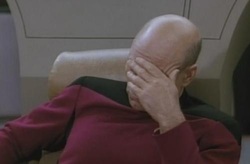 A growing number of folks are becoming aware that the performance of most mutual fund managers over an extended period does not exceed that of benchmark indexes such as the S&P 500. More specifically, 99.6% of all mutual fund managers failed to beat (i.e., only 71 funds out of 17,785 matched or beat) the performance of the S&P, net of fees, over a ten year period according to data compiled from the Mutual Fund Screener of The Wall Street Journal.  Please reference the entire article titled “Wall Street Is a Rentier Rip-Off: Index Funds Beat 99.6% of Managers Over Ten Years” at the blog Of Two Minds.

Talented investors are often not managing formal, traditional funds but rather managing one’s own accounts or a small number of accounts (e.g., friends and family). These individuals are more likely to fit the mold of idiosyncratic entrepreneurs or founders of technology start-ups.

Nevertheless, one of several takeaways is “don’t judge a book by its cover.”  In other words, just because a money manager is nicely dressed, displays stereotypical good credentials, and has friends in high places (partly enables said manager to either procure capital or secure the fund management role), shouldn’t imply an above average talent for investing. One can present a similar case against most (not all, of course) hedge fund and venture capital fund managers, as highlighted in two Zero Hedge articles titled “Most Hedge Funds Underperforming The S&P 500 For Fifth Year In A Row – Full YTD Performance” and “Venture C(r)apital: Myth And Reality.”

1 thought on “The Curious Case Of Capital (Mis)Allocation”